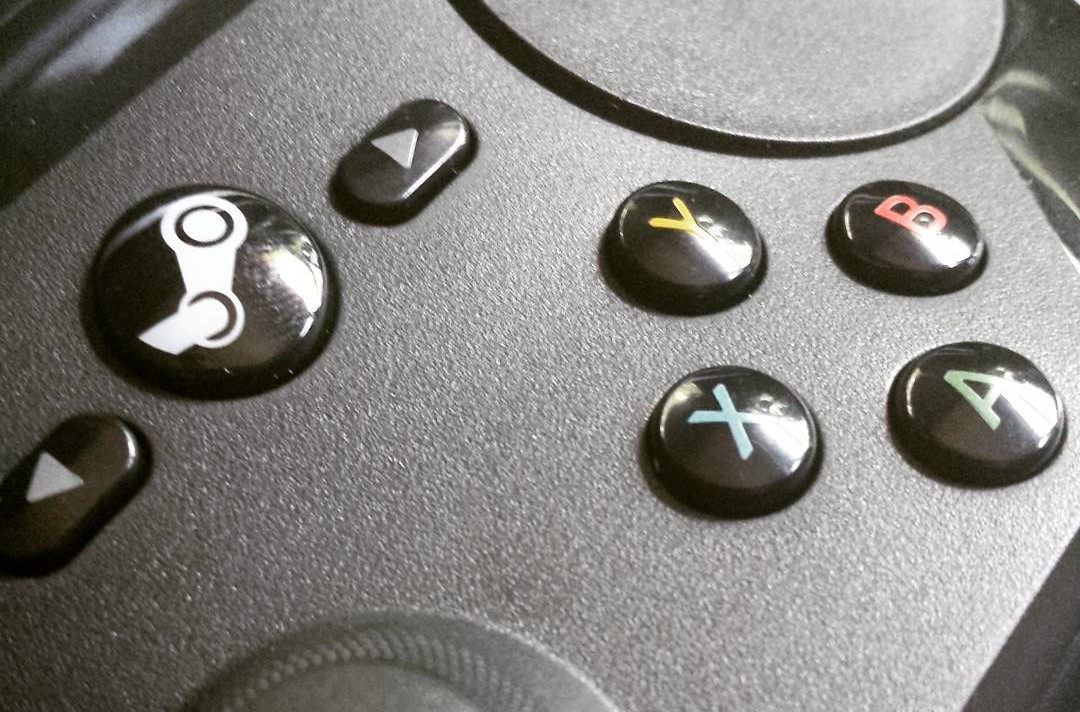 Yes, I bought a Steam Controller.
No, I do not regret it.

Wow, does this look weird. 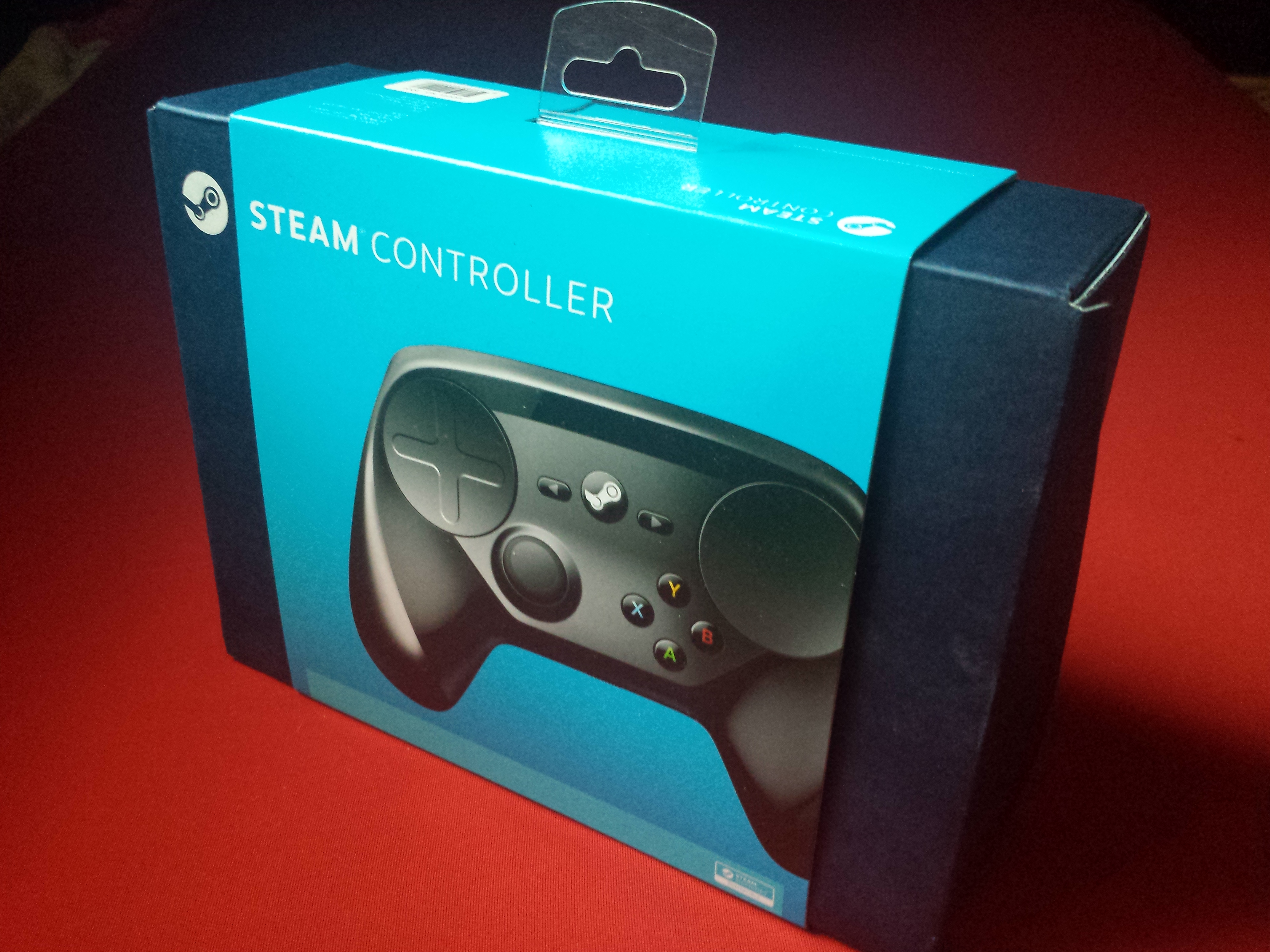 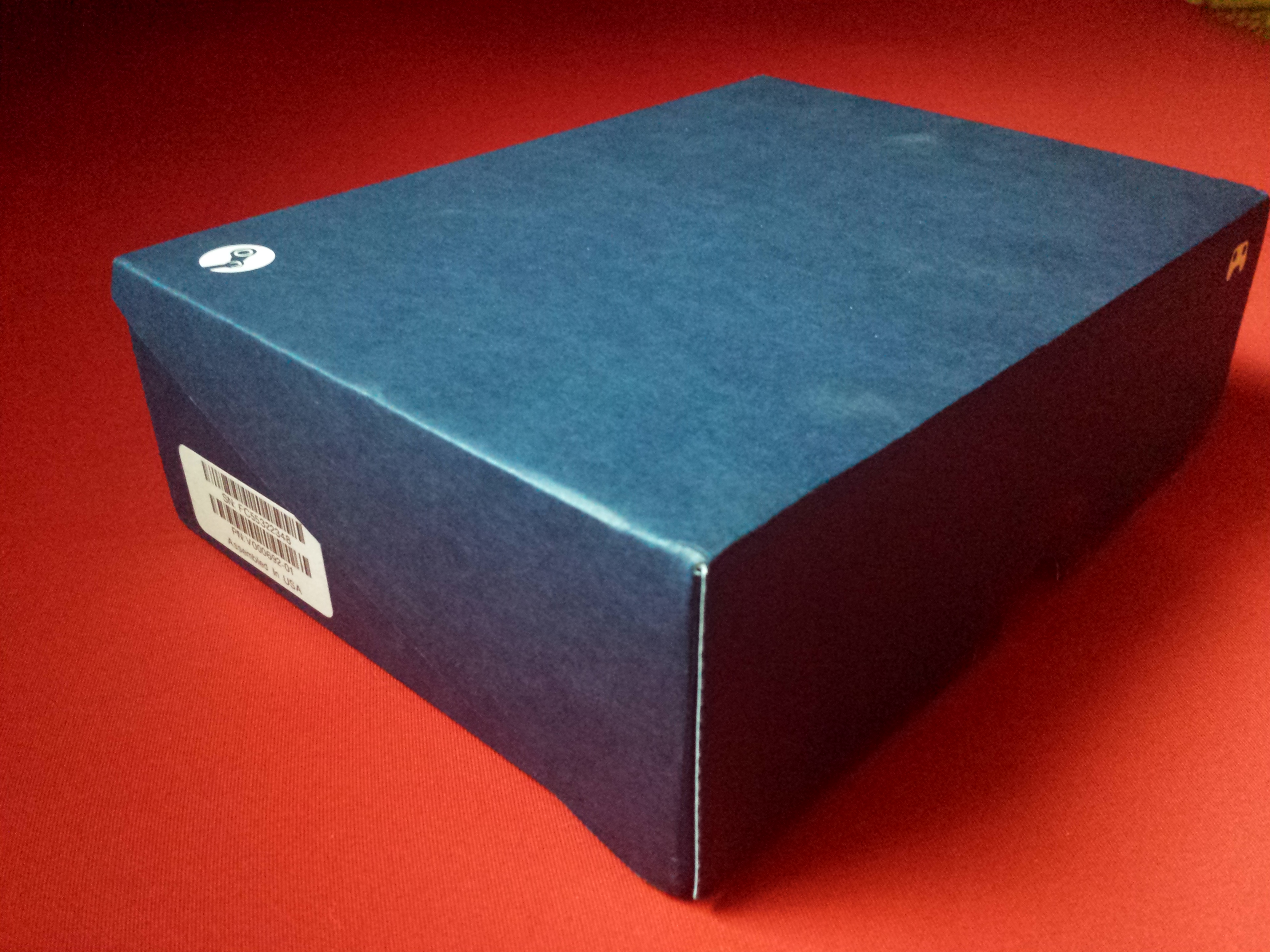 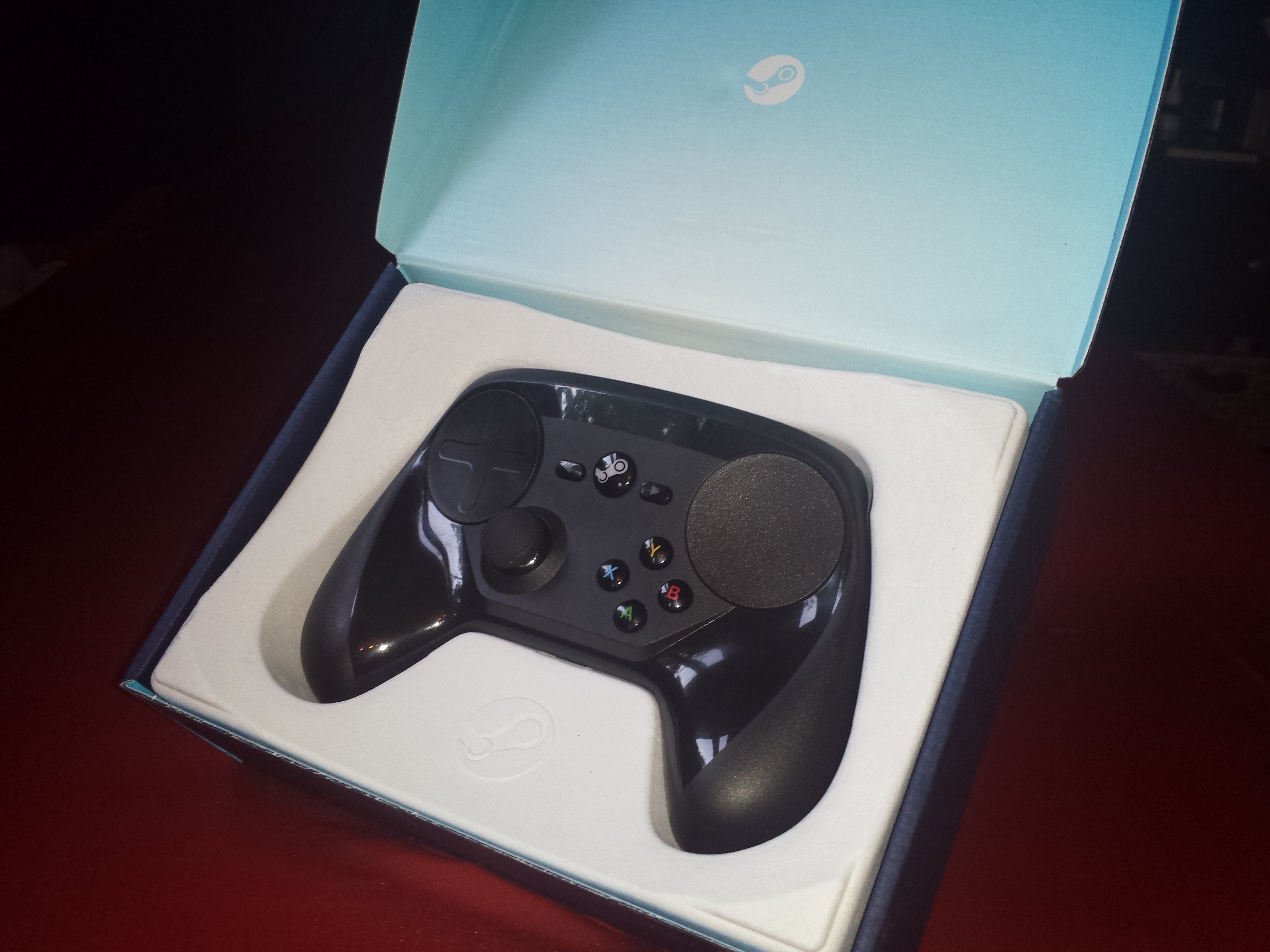 Not quite an apple-level unbox, but for a controller?
It’s definitely something to reckon with. 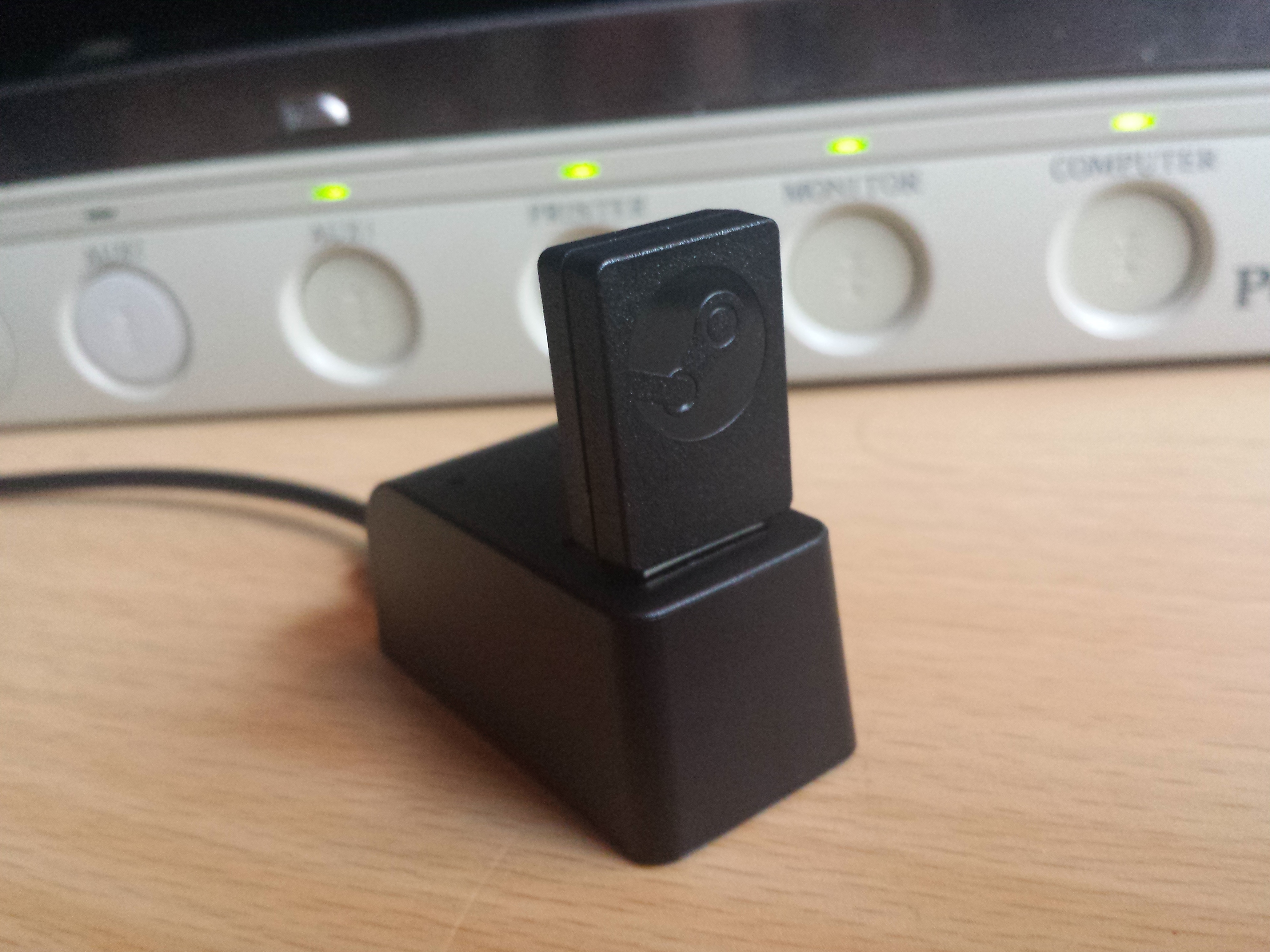 This little stand doesn’t quite fit the theme, but it’s not very important considering you only need this: 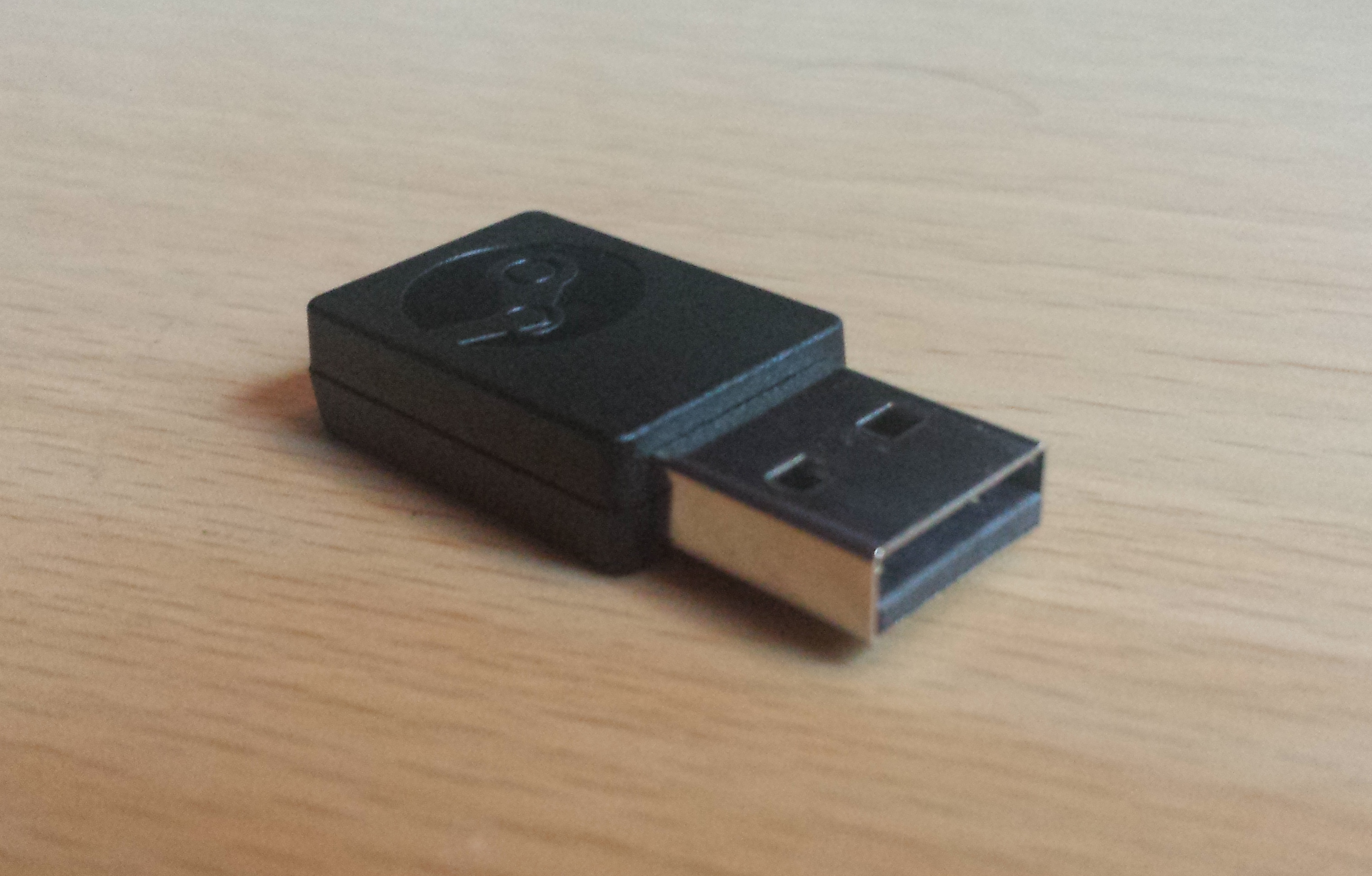 Yeah, no need to lug around any kind or cord or tiny box, all you need is the controller and a receiver. Or ditch everything except a micro USB cable (included) and the controller itself.

The wireless base for placing the receiver on your desk is nicely weighted, and the cord is flexible enough that you don’t have to worry about breaking either if you knock it off the desk, or trip and pull the cord.

The controller itself is strongly built, you’re not gonna break it when you get mad in a game. It can survive drops, a throw across a room, and still feels nice to the touch.

Although the touchpads are amazing, the buttons needed some work.

The AB/XY buttons are are somewhat plastic-y, enough that it will take some getting used to, their pressure curves make them feel somewhat mushy, although they’ve had no problems relaying input.

The upper shoulder pads, however, have the opposite problem. They have nearly no click depth, and are very clicky. Some people may like the sharper click, but to me it sounds very light and cheap.
They should use the same switches as the lower ones, which sound deeper and produce a better click feel when pressed in completely.

Clicking on the touchpads and joystick is very natural, and takes about the right amount of force. They are very responsive and the touchpads are decently precise.

If you’ve seen my profile, you can probably tell what games I’ve played using the controller. If you want to know how the controller matched up, these lists are in no particular order.

Excellent (on par with keyboard)

Some of these games actually seemed more fun with the controller than with a mouse and keyboard.

Work well, but I’ve always returned to the natural feeling of my desktop setup.

These games have good support and most keys bound, but a keyboard and mouse are better. Customizing the controls and playing for more than 20 hours will probably yield proficiency.

If you’d like me to add a game somewhere on this list, add me on steam! I’m open to suggestions.

For fifty dollars I wouldn’t recommend it to everyone, but it certainly does open a new kind of gaming.

If you’re a PC gamer but also enjoy consoles, I think you’d love it. (That and the Steam Link) If you don’t have a couch or larger area to sit back and relax in, you might not get as much fun out of it.

For me, I’ve loved being able to bring around the controller instead of having to carry a mouse or keyboard to play my FPS and other mouse-games that are hard on a laptop.

May the Gaben be with you on your Steam-launched adventures.

Like this review or want to send me messages, requests, or thoughts?
You can find me on Steam, Twitter, Github, and SoundCloud as robobenklein.